Antonio is Bianca's precocious 6-year-old cousin in "Bianca Gets Crystal Clear." He calls Bianca, who is watching TV, to help him. She refuses because of having been watching TV, but he convinces her otherwise because, being a 6-year-old, he shouldn't pour boiling water by himself, much to her alarm. He reveals he is making rock candy with one cup of hot water and two of sugar. He has her pour it into a jar and mix in the sugar, and then he puts two pieces of string salted with sugar, with a paper clip at each end, into the solution, and tells her it will take a week, much to her dismay. He tells her a week is nothing, as he owns a rock collection that took thousands of years to form. He talks her into taking him to a museum of rocks, telling her not to be a bad influence. He teaches her about it. When she asks how she knows how he knows all that stuff about rocks, he tells her that instead of watching TV, he reads books.

So, Bianca has started reading by the time the week is over, so they get to eat rock candy. Bianca has found out by then that in old days, rock candy was used as medicine. Antonio asks how she knows that stuff. She says that she reads, as he is a good influence. 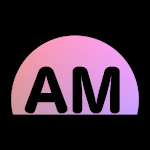