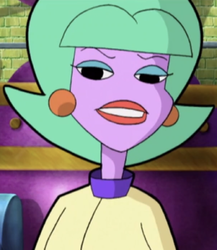 Ava is a cyborg who works at a factory on Symmetria that produces symmetrical items for Cyberspace. She debuts in "How It All Started: Webisode 1"[2], which suggests that she is considered the head of Symmetria[3], and she most prominently appears in "Secrets of Symmetria".

In "How It All Started: Webisode 1", Ava gathers for an important meeting with Motherboard at the Cyber Grand Tower, alongside the heads of several other cybersites. Her appearance in this webisode appears to be redrawn over a frame from "Less Than Zero".

In "Secrets of Symmetria", Ava appears in a television commercial about Symmetria, which inspires Hacker to attack the cybersite. Ava later helps the CyberSquad understand symmetry. When the reprogrammed Symmetrizer demolishes Ava's factory, she gets stuck underneath the rubble until the CyberSquad negotiates the Symmetrizer's return.

Ava is passionate about symmetry and teaching others about it. She seems irked when Digit fails to recognize the name of the Symmetrizer.

Ava is initially suspicious of the CyberSquad, assuming they are trespassing and could be working for Hacker. After Motherboard's message reveals her name in a mirror, she trusts them.

Ava thinks highly of Dr. Marbles. In "Secrets of Symmetria", she states that "Dr. Marbles taught me everything I know about symmetry. He's like a father to me."

Ava being suspicious of the CyberSquad 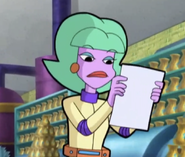 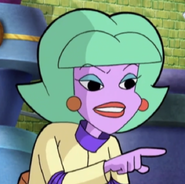 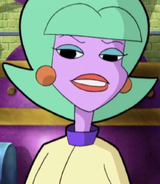 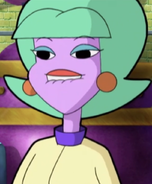 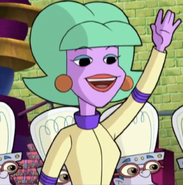 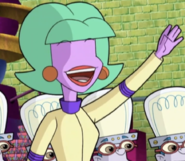 Where did Ava's eyes go? 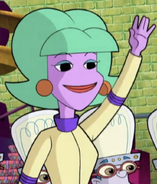