View source
This article or section is incomplete.
Please add information to improve its coverage and accuracy.

Cyberchase Online is the Cyberchase website, located at pbskids.org/cyberchase. It has often been positioned as a continuation of the on-air series, and much of the original content is directly inspired by individual episodes of the show.

Cyberchase Online also exists in Cyberchase For Real according to "Bianca Goes Where the Wind Blows", in which it is called "the Cyberchase Web site."

An online component of Cyberchase was planned as early as the original pilot demo[4]. This may have been pursued to tie into the show's virtual setting of Cyberspace.

The website has undergone several redesigns that often improved the layout and responsiveness while deprecating some of the available content.

One major redesign, titled Cyberchase: The Next Frontier, was implemented around 2011[5][6].

The website was redesigned again in 2018, which removed many sections, features, and pieces of content. The deprecation of Adobe Flash Player and the announcement of its eventual discontinuation may have influenced the removal of certain games that were developed in Adobe Flash. Some content has since been converted to modern formats and added back to the website, sometimes with added accessibility features and other changes from their original versions.

† This item has been removed from Cyberchase Online since the Next Frontier[7].

† This item has been removed from Cyberchase Online since the Next Frontier[8].

Cyberchase Online used to have an Outreach section, which hosted content such as promotional materials and official artwork. Many of the downloads are now lost or difficult to find elsewhere, as they were not archived onto the Internet Archive Wayback Machine before this section of Cyberchase Online was replaced.[9]

To view a PDF, press the thumbnail.

"Who's Who Document" (retrieved from offsite) 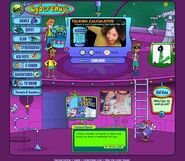 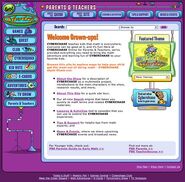 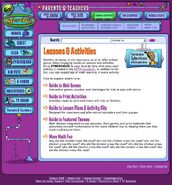 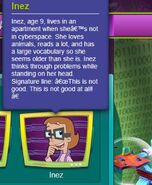