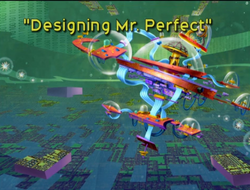 "Designing Mr. Perfect" is the third episode of Season 5 of Cyberchase. It originally aired on November 28, 2006.

Frustrated that she can’t find Mr. Perfect, The Wicked Witch sets out to design him, by turning a frog into her Prince Charming.  Unknowingly, however, Wicked captures and transforms Digit instead of a frog. Her sympathetic wand, Wanda (Danica McKellar), secretly alerts the CyberSquad who jump into action. Their problems multiply when a jealous Hacker kidnaps their cyboid pal. The kids must design an invention that can do two things: navigate a perilous swamp AND get to the top of a tall cliff. Can they pull off the rescue before it’s too late?

Digit teaches Hacker how to the perfect boyfriend for Wicked. Digit takes to extremes as Hacker twists his entire body, lifting his pinkie finger while holding a cup and forced to agree with Wicked for her commands by saying "Whatever you say dear, I want what you want. You are always right" and Digit injures his pinkie finger and his left arm. Buzz and Delete were forced to say that because Hacker didn't like that were laughing at him when he says this. That's pretty dark for Digit. The reason why did this, is because he getting revenge, payback and to get back at Hacker for being evil to Digit. 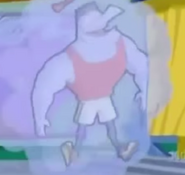 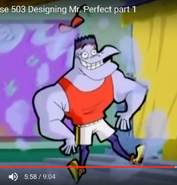 Retrieved from "https://cyberchase.fandom.com/wiki/Designing_Mr._Perfect?oldid=25324"
Community content is available under CC-BY-SA unless otherwise noted.