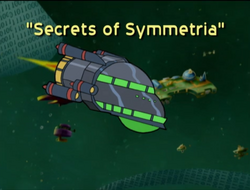 Ava being suspicious of the Cybersquad

I know. But Hacker won't bring the Symmetrizer- he'll try to trick us. We'll just have to beat him at his own game.

WARNING : DO NOT GET IN MY WAY AGAIN!