The Grapes Of Plath

The Grapes Of Plath is the sixth episode of the third season of Cyberchase. It originally aired on September 16, 2004.

It’s the day before his all-important “Changing of the Shell” Ceremony, and the young Prince of the Crab Kingdom has been struck by a terrible cyberglitch – now he can’t stop telling lies! If the glitch isn’t fixed pronto, the prince will never be king. To cure him, Motherboard sends the kids and Digit to get the Grapes of Plath from the Fountain of Truth. Hacker overhears the mission and wants the cure for himself. The CyberSquad must save the grapes for the Prince and keep them away from Hacker by estimating their way through a series of underwater adventures. 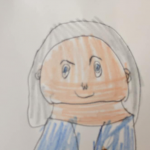